Another collaboration with the danish artist Henrik Vibskov.
This kinetic installation was made for the Paris Fashion Week 2019 Henrik Vibskov show.
It took place in the magnificent building of the Arab Institute designed by Jean Nouvel.

We worked hard all day setting up the 25m long installation based on building scaffolding for the 30 min catwalk happening at 17:00 on January 19th 2019, and took down everything after the show.

I was in charge of the lighting, which consisted of wiring and programming 168 LED strips of 15 LEDS each combined in rows of 8 and 6 lamps sequentially, during 2 weeks prior the show.
All the LEDs were wired to an Arduino Mega 2560 in rows of and I created 6 lighting programs to fit the musical atmosphere of the show. 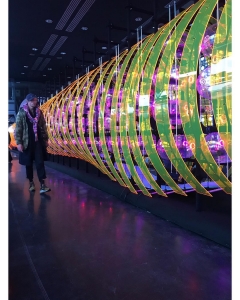 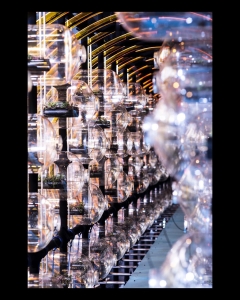 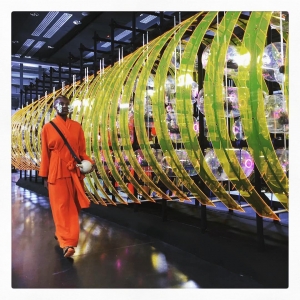 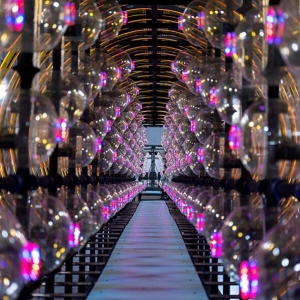 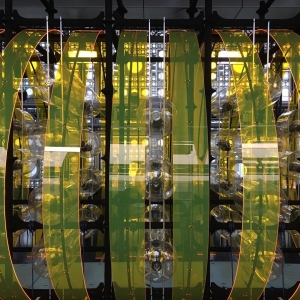 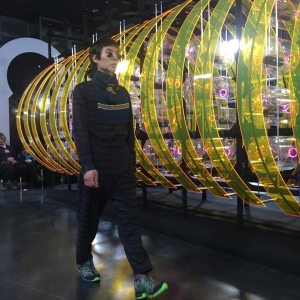 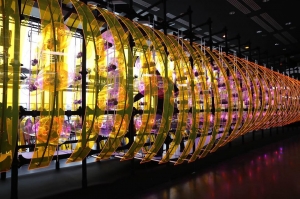 A short description of the installation by H.Vibskov:
“A long kinetic installation is slowly moving in waves, while performers dressed like gardeners are walking inside of it. They are carrying ceramic water cans, taking care of the radishes growing inside of it. The radishes are grown in the Henrik Vibskov Studio in Copenhagen and are placed in recycled beer kegs as a part of the urban farming experiment, hence the name of the collection. The installation is a take on the idea of an intriguing future-farming lab.” 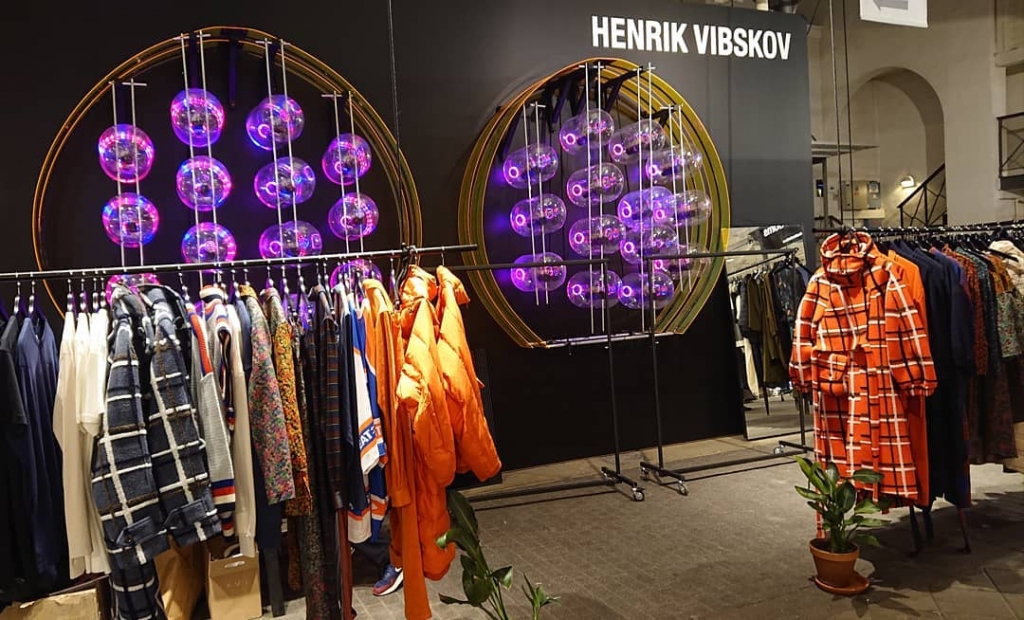 And also used in the music video clip by Lowly made by Henrik.