The adage of surveillance

The adage of surveillance is an interactive art installation raising awareness about the use of technology.

We believe that the technology of surveillance is in itself not the problem but how people and institutions can use it in good or bad way.

The purpose of this installation was to deliver this message during the Circle of friends of the Human Rights Watch dinner that took place Wednesday 20th of November in Langelinie Pavillon, an old danish design building in the center of Copenhagen.

Before the dinner, people were driven upstairs for a welcoming cocktail, where they could see 6 security cameras on a pole filming them.
Up the stairs they could see the output of the different cameras streamed live to a split screen monitor, intensifying the effect of being observed. 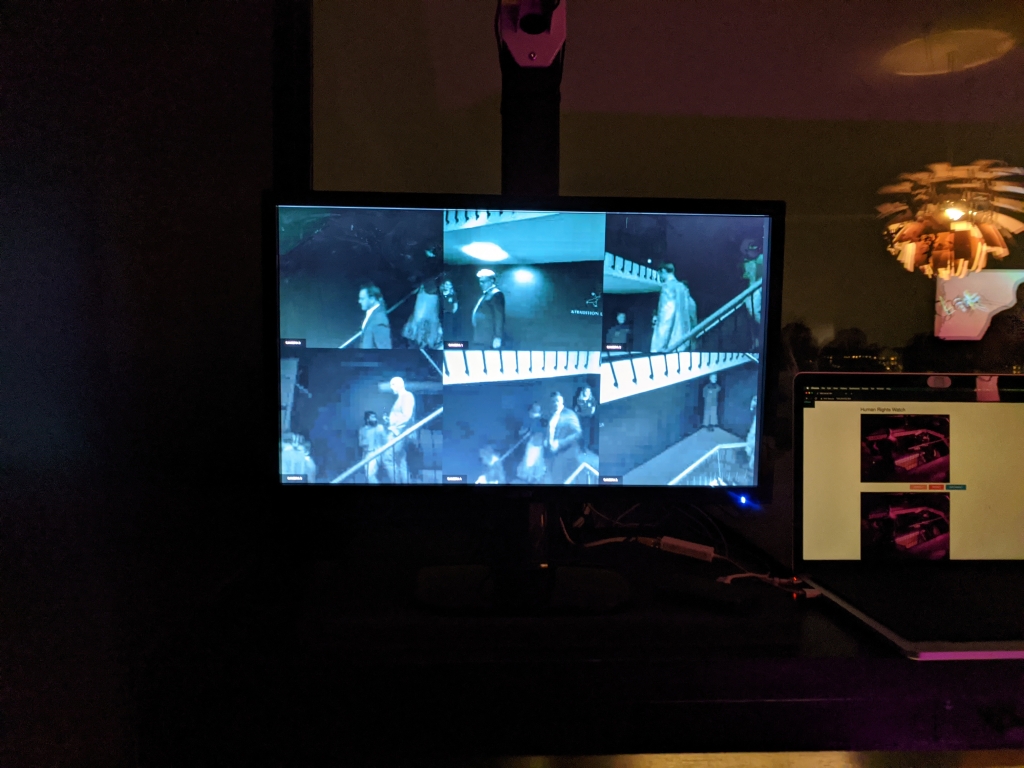 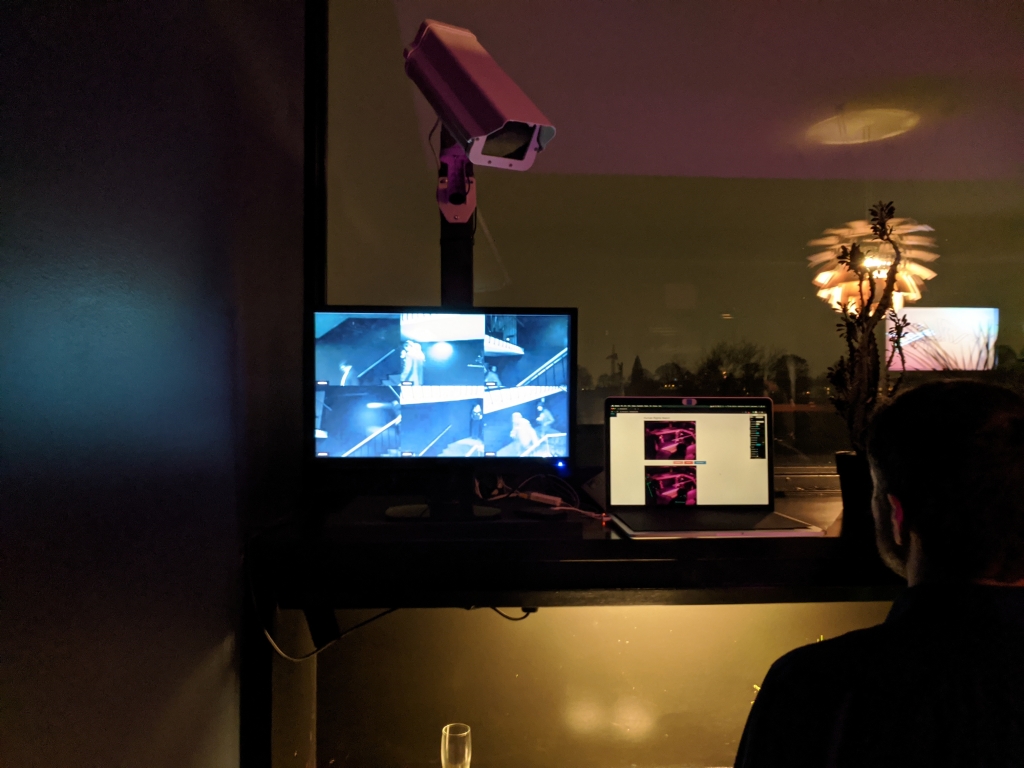 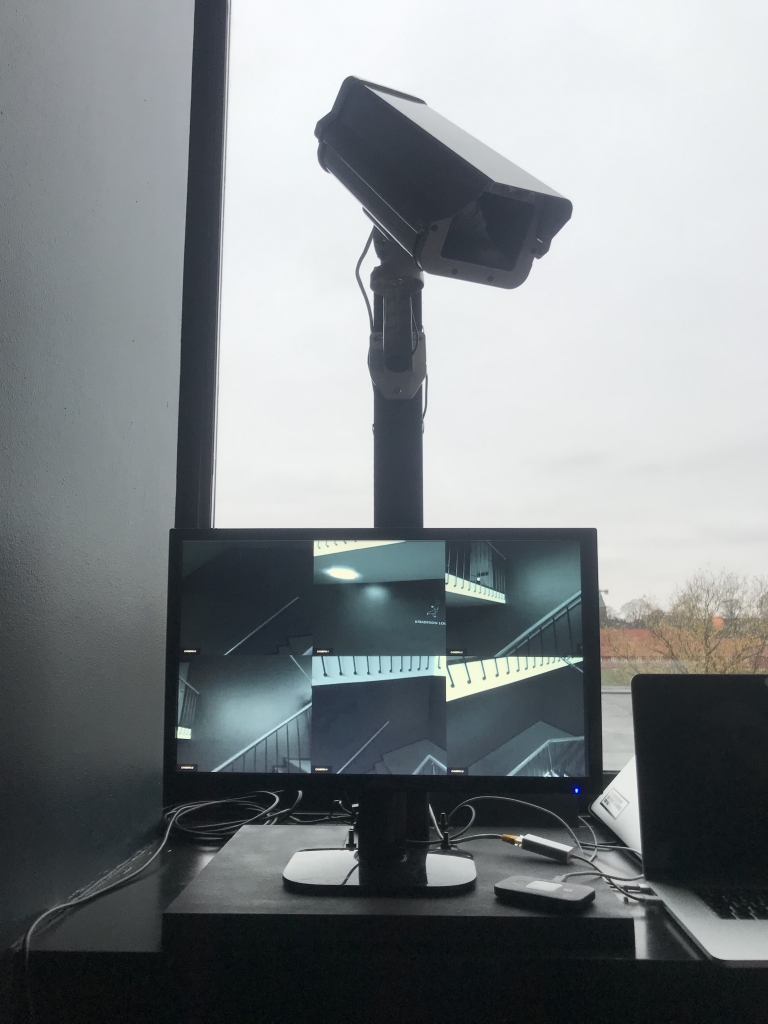 At the same time their movement were tracked and recorded by another camera with the help of a Google Tensorflow Posenet AI.
The data points resulting of those movements were then turned into 3D paths, which after a path simplification process were translated into a digital art piece of moving strokes in a threejs/WebGL program.

The program also gave a print output that has been sold in auction for the benefit of Human Rights Watch Denmark. 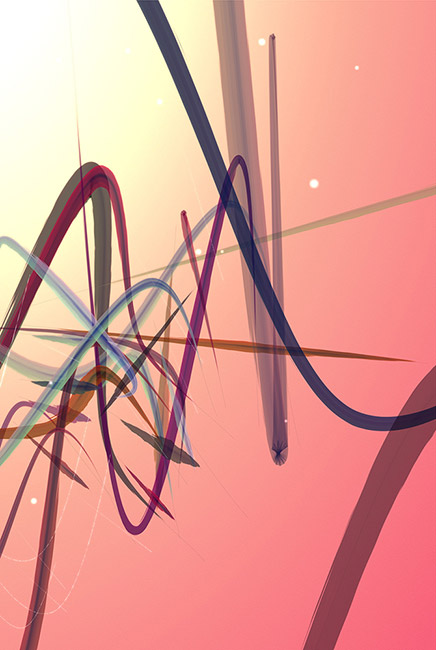 One of the print output

Technically the different cameras were all containing Raspberry pi’s 4 equipped with Picamera’s, streaming video in MJPEG format.
The “tracking” camera was giving a WebRTC stream to a Posenet script, recording the mid-point of shoulders and saving those points to Firebase.
The 3D strokes program was then checking Firebase for new recordings and generating a threejs line with a stroke material from them.

3D strokes generated by the movements